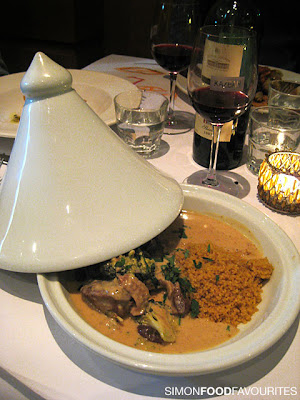 Time to rock the Kazbah
A friday catchup with friends brings us to this Middle Eastern and North African Restaurant. This is my first visit and I've previously heard it's a popular spot for an alternative weekend breakfast but have yet to try it. The reviews on Eatability are very mixed with most of the negatives being about pricing, service and sometimes the food while others rave about the food and service so it seems it might be a bit of a hit and miss place.
I think the decor and lighting is very nice and our 8 pm booking time tonight isn't too busy although the waiter encouraged us to order our mains as soon as possible because he predicted it would get very busy crowd later — which never happened — and so our table was one of the last to leave.
My main order was the Kazbah Tagine with Goat. The sauce was quite nice, although perhaps a little too salty, but the meat was tender. I tried a little bit of the stuffed chicken which was quite nice too. I thought the Mixed Mezze Plate was perhaps a little dry and very expensive for what you got and the Char-Grilled Quail was very black indeed. The affogato dessert on the other hand I thought was very good to finish off the meal.
My food experiences in Egypt, Jordan, Syria and Morocco are quite different to what I tried tonight. For one, in Morocco they cook the dishes in the tagine but here it looks like they just use them for serving the dishes in as part of the North African theme — I could be mistaken but the tagines did look a bit too clean. The main dishes had a mixture of interesting ingredients and spices but I think it's presentation and recipes have been possibly modernised and somewhat Westernized, including the price.
Other visits to Kazbah:
• 1 April 2012 – Breakfast Tagine Lamb Mince, Chackchouka Scrambled Eggs, Bloody Mary Cocktail
• 8 May 2009 – Mixed Mezze Plate, Tagine of Goat, Stuffed Chicken, Beef Eye Fillet, Fish of the Day, Affogato 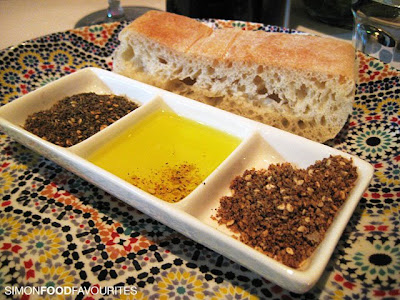 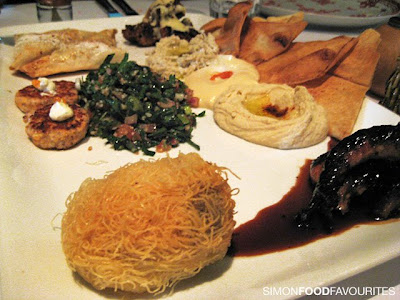 Kazbah's Mixed Mezze Plate for 2, $42. Later noticed on the bill they charged $126 for 2 plates and discounted $20 but this means it still ended up being $53/plate which is incorrectly overpriced — so make sure you check your bills carefully). 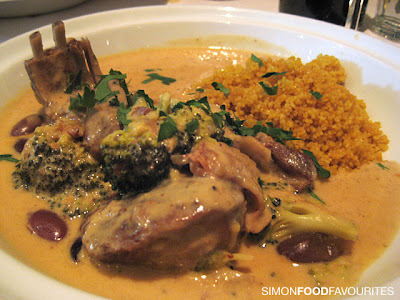 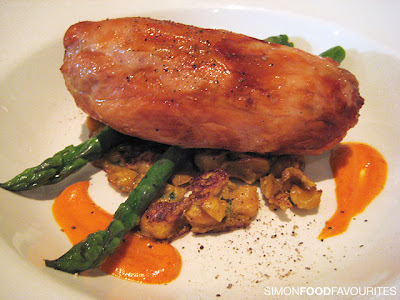 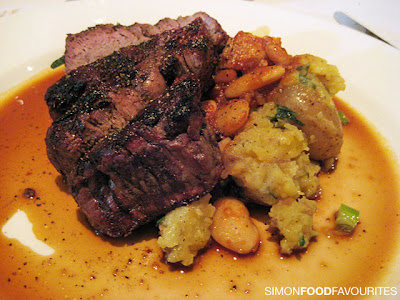 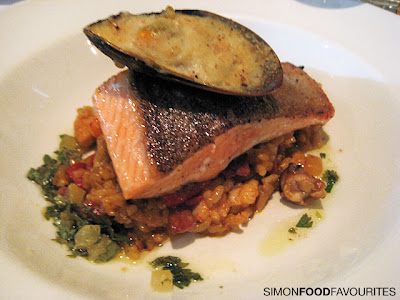 Fish of the Day with Paella Pilaf, Preserved Lemon and Coriander Gremolata $37 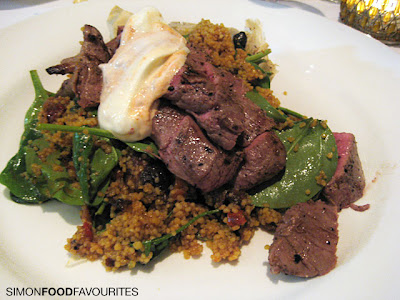 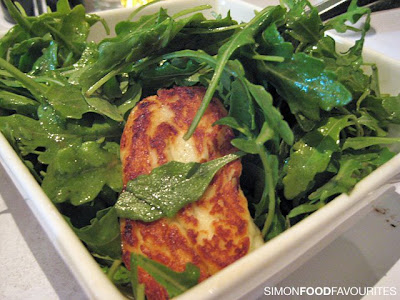 Rocket, Grilled Halloumi $10.50 (I think it only came with 1 piece of halloumi which was a bit sad) 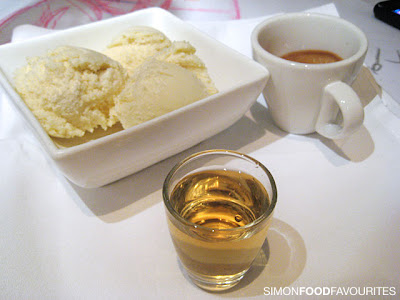 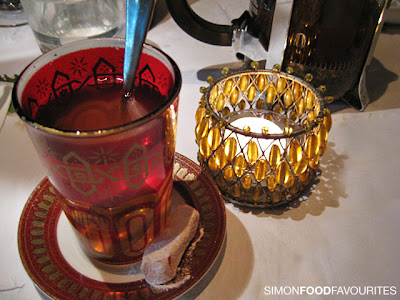 Moroccan Mint Tea served with Turkish Delight on the side $4.50 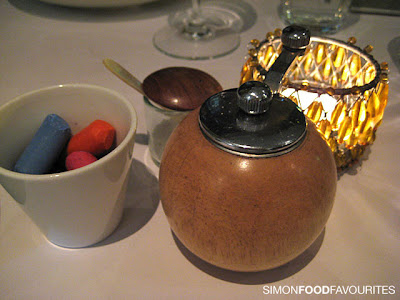 Crayons for drawing on the paper table clothes 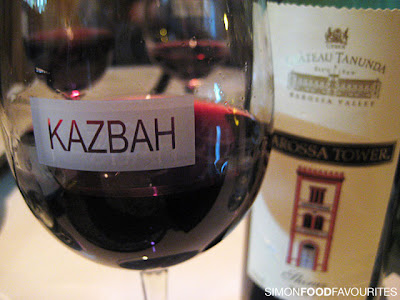 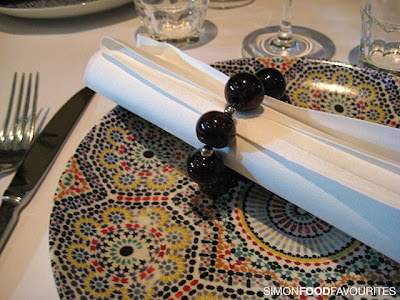 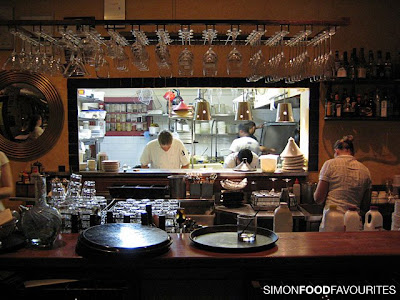 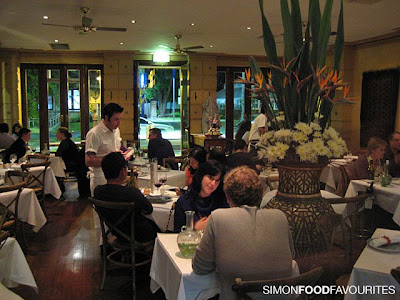 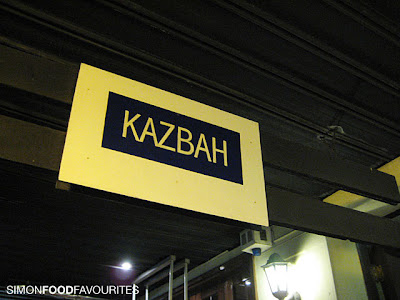 Wow.. That is some expensive dining experience! Tops your Malaya experience. I would never have paid that much.

Sounds like you had a mixed experience at this place. I'd always thought more highly of this place than what you indicated, having never gone before.

Thanks for your take on the restaurant :)

Hi tummyrumble, that's right $42 for 1 plate, very expensive, and actually we ended up getting charged $53 AHHHH!

Hi Scott and Elaine, an expensive dining experience indeed. I don't mind paying lots of money for food but it should be worth it in the end.

Hi Simon, I had high expectations too from what I've heard but hopefully your experience might be better if you get to try one day. There's not many North African restaurants around so I guess it's a bit of a niche market in terms of competition although I noticed there's a place called Tagine in Rozelle which has $45 banquet menu and I've yet to try my local Moroccan Feast in Randwick.

Interesting restaurant. I must say the food looks stunning!

Im a fan of goat.. i.e goat curries I love it how it's tender!

Oh that's a shame. I've been to dinner there and not been impressed either. That's why you go for breakfast! Their breakfast menu is much more agreeable and somewhat better priced.

Interestin! Whilst this seemed relatively expensive, their breakfast is really, really good value (like freakishly so).

Breakfast at Kazbah is AMAZING! We're going for a banquet this weekend. Basically you get way more food than you can handle for around $25 each (drinks usually takes that up to around 35). Check out the menu here:http://www.kazbah.com.au/Menus/oct08-BreakfastSetMenu.pdf

hi smilee, i hear better things about the breakfasts so hopefully you'll get to try them.

hi forager, hoping to try the breakfast one day.

hi lorraine, i'll definitely have to try the breakfast this year. i don't understand why their dinners are so much more expensive.

hi ben, i'm sold on the breakfast. will need to try soon :-)

I still have not been here but the food looks like it would taste incredible. I want to try the goat tagine and the braised beef. Although I've heard plenty about the breakfast buffet, so I'll have to visit twice. Glad to have seen what to expect beforehand and also be informed not to order the meze plate!

hi madam wu, i hope to visit for the breakfast one day. have heard good things about it too :-)