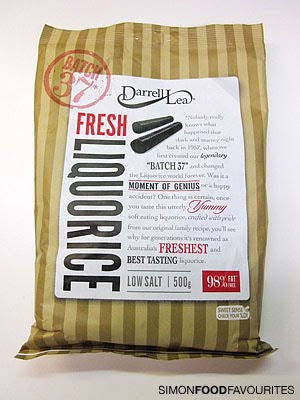 Re-birth of a happy accident
Formerly known as Original Soft Eating Liquorice, Batch 37 was born by accident one night back in 1957 at the Darrel Lea factory. The recipe was not followed as it should and resulted in the softest liquorice the Lea family had ever produced. So named because of its concise 37-day shelf life.
Thanks to Hannah Ellson from DEC Communications for contacting me to try Darrell Lea's relaunched Original Soft Eating Liquorice aka Batch 37. To be honest I've never been a huge fan of liquorice for some reason, perhaps it's an acquired taste but I know my mum loves it. When I announced to my tasting team that liquorice was to be had it became very clear there were many fans and some were even very familiar with Darrell Lea's Original Soft Eating Liquorice. I prepared a marking sheet and it seems the vast majority of 23 people you tried it enjoyed the liquorice to some degree with the final results ranging from:
1. Hate It – 0%
2. It's OK – 9%
3. Pretty Good – 43%
4. Really Good – 13%
5. Love It – 35%
Personally I enjoyed it more than I usually remembered it. Perhaps it's because it was very soft and wasn't like that really hard liquorice I got as a kid which stuck to your teeth for dear life. The taste was distinctly flavoured which lingered well after in your mouth. For those more adventurous in cooking with liquorice you might like to check out the Masterchef finalist Justine Schofield recipes which includes Roasted Balmain bug tails with a fennel and liquorice sauce, Seared duck breast with olive and liquorice crumbs and port reduction, and finally Liquorice parfait with grapefruit and pistachio crumble. I can't seem to find these recipes online anywhere but from the initial reaction from my taste testers they did sound a bit too challenging for anyone to want to try them. Perhaps it's just because you wouldn't think of eating liquorice any other way but straight from the packet. I think it would be interesting to try if someone wanted to cook them for me.
SNAPSHOT REVIEW:
PROS: 98% fat free, Alternative health care professionals use for a vast number of ailments (but perhaps this is in its more pure form?), Seems reasonably priced for 300g ($3.89) and 500g ($5.89) packets, Soft and flavoursome for lovers of liquorice
CONS: Can too much supposedly raise blood pressure and increase hypertension? Also watch out for sugar content.
MUST TRY: A few tasters are very keen on liquorice all sorts as well
— 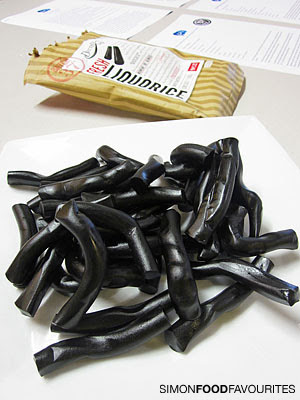 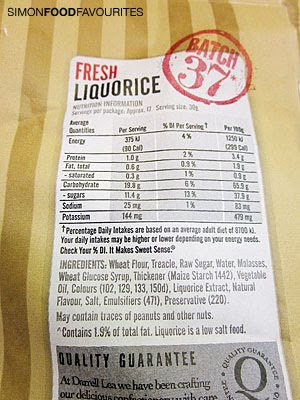 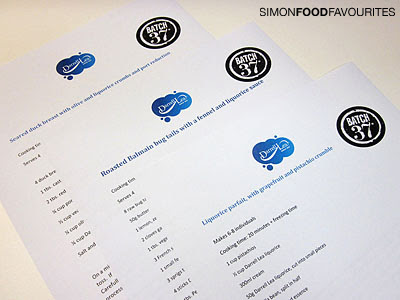 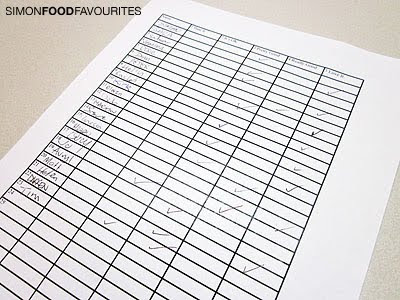 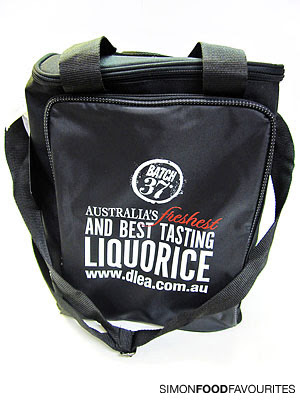 Nice cooler bag the samples arrived in — very handy and a keeper!

I can't stand liquorice, it has to be the foulest creation on earth (even surpasses my distaste for vegemite).

Saying that, I buy Dad a massive bag of Darrell Lea liquorice every father's day (and most other occasions) as he recons it is the best stuff around :) Now I need to go out a buy him some Batch 37.

I love liquorice! My only problem is that I can't stop once I start eating it... which is why I haven't touched it in years! :)

foodie and the chef said...

Liquorice must be a father thing, my dad is hopelessly addicted to the stuff. I'm a chocolate bullets-lover (choc-coated liquorice)... This post has brought on terrible cravings!

lol, my dad is a liquorice lover too! The Darrell Lea one is his favourite too. I didn't know that they took if off the shelf...

hi sara, i used to hate liquorice when i was a kid but i think i can appreciate it more now.

hi corinne, i'm sure a little bit won't hurt but i guess once you start something you love it's hard to stop.

hi foodie and the chef, i guess coating in chocolate gives it more sweetness which makes it more appetising for those that don't like it on its owen :-)

hi adrian, i didn't even know they had mango and apple flavours. i'll have to check it out :-)

hi susan, i think they're just rebranding the product rather than taking it off the shelf :-)

Great article as usual, do you know how I can get a sample pack/bag to try out for the people at work here?

hi taing, i guess you could try and contact Hannah Ellson from DEC Communications who originally contacted me :-)

I have loved licorice (USA obviously)all my life and had not tasted DL until visiting New Zealand ... I am hooked and here I am 1000's of miles away from Australia or NZ. However, friends are visiting from NZ and they have brought me several bags. No other licorice compares. DL is Heavenly, especially Batch 37!!!

hi Grammy Jude, great to hear you're a big fan and getting your supply of it :-)