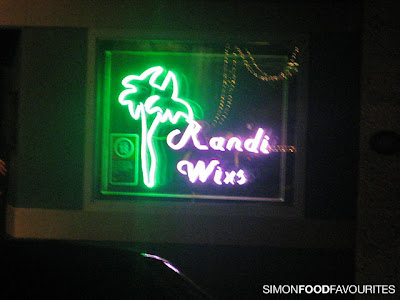 Step back in time
So whose heard of Randi Wixs, or even better whose actually been to Randi Wixs and if so was your experience good, bad, ugly or scary? Randi Wixs has been around since like forever it seems and I've only been once before many years ago. At that time I went with about 10 other friends, which was more like a dare for us to go in, but remember they played great 80's music and we all danced the night away and had a fun time. Although I felt like we'd just entered a swingers club filled with lots of mutton dressed up as lamb waiting for witching hour. So it was a little scary and safety in numbers felt like the key to survival. I've even heard rumors it used to be a brothel, or perhaps it actually was? Who knows, who cares. It certainly has it's local fans behind those mysterious closed doors and windows and I've seen long lines waiting outside to get in after Randwick race day.
It seems to be one of those places where a secret handshake would come in handy but after a little wait outside I revisit again after The Alliance Française de Sydney Bastille Day Party 2009 for a quick visit. Bar was too crowded to get a drink so only stayed 5 mins but the crowd seem to be a bit younger mixed in with a few golden oldies as sing-a-long favourites were being played. I guess it's one of those down-to-earth, very tacky, vibrant, tiki bar style bars where brave people fear to tread perhaps once in their lifetime. To give you an idea of what it might be like check out the only 2 comments back in 2006 on Eatability. Enter at own risk!
What's the scariest bar you've been to? 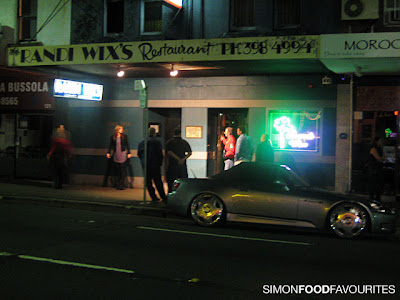 People smoking and waiting outside 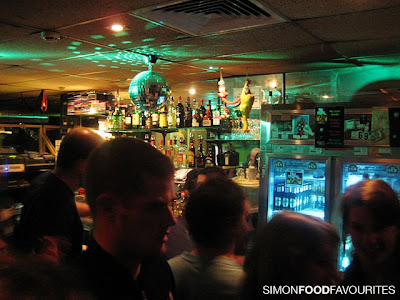 I used to live around the corner from there... it is hilariously tacky. the randi wixs special drink is champaign and red cordial for $3! awesome! the pick up lines are the funniest, I actually had some drunken kid come up to me and say "so, do you come here often?" I laughed thinking he was joking, but he wasnt... oh dear... so he asked me again.
in all honesty its a funny cheap drinking night out to get your evening started off with a bang. Bit like retro in the the city but smaller.
its great for a function, you get sole access to the place (booking fee was $50, which is used for drinks) until 11pm when they open the doors to the public. thats when it gets scary.

I have never been to Randi Wixs and will not attempt to. :p

I've been driving and walking past Randi Wix for years and years! I always thought it was a brothel! Haha.

I was a TAA air hostess from Perth living in Sydney in 1974. My uni boyfriend would take me to Randi's. We would usually go there mid week and so there was just a nice crowd. I remember one night this girl lifted her top up and danced bare chested on the bar as the boys cheered her on. It was a pretty "cool" place back then and not dark and dingy. Bring on the 70's!!

hi kat, always best to go in a group i find

hi ellie, i don't blame you

hi betty, it sort of looks like a brothel but it's not but possibly it used to be perhaps?

hi Anonymous, it's actually been updated now with new owners i think. smells better now but prices have also gone up. the young girls serving are a bit like out of hooters. escape cocktail is their signature and possibly only cocktail has gone up in price.

I was so always so intrigued going past Randi Wix's on the bus, always chuckling at the neon palm tree. I led a group of girls in there when we were 18 to see what it was like...hillarious, dodgy, dusty, high tack establishment at its finest!!I remember the music they were playing was on a tape, and at one point there was silence as they turned the tape over! I went back there after a 21st in 2006 and there was a line and we couldn't get in, it was packed!!!I hope the reno has not changed the unique flavour of this crazy little place!

Randi wix premises were originally a cake shop converted to a wine bar in 1971. All through the 70's it was packed every night. The comment from the TAA hostess about the topless dancer is correct. She was a sex worker who got drunk and tried to strip but was chucked out before getting too far. Rand is really got going when it started trading till midnight when the pubs had to shut at 10 o'clock. Randi Wix and the Bondi Lifesaver were the best places to go I I the 70s

I played there in an acoustic duo in the early 70's, when Rocky was the doorman haha. We had a ball....from what people tell me hahahaha. Loved it. 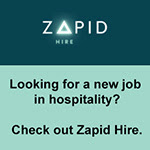 Ceviche of the week 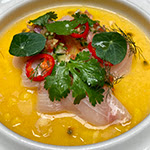