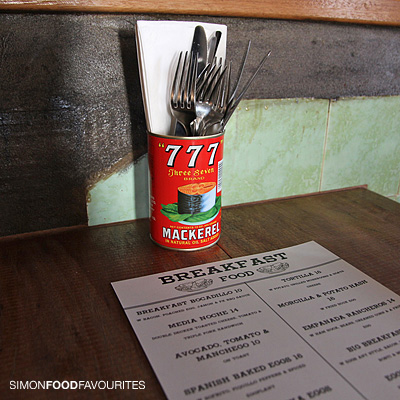 Brekky with a side of booze

Thanks to Charlotte Lattin from Folke for inviting me as a guest to sample the new breakfast menu at The Carrington now available weekends between 9 am and 1 pm. There was a nice amount of natural light entering the dining area to make it feel like a café and less like a dark pub but for those still a bit under the weather I noticed a few quieter and darker spots that might suit. Décor was nice and cosy although the round tables were pretty small which aren’t particularly conducive to reading a newspaper or magazine. The Ibiza Muesli with poached apple, rhubarb & quince, organic yoghurt ($12) was a decent portion with a nice mix of ingredients. A nice touch of apple on top and the only thing I wasn’t a fan of was the chewy bits of dried apricot — smaller pieces or softer in texture would be my preference. The Big breakfast with eggs any style, bacon, tomato, chorizito, rosti & mushrooms ($20) was also a decent portion for those with an appetite to satisfy. Mushrooms were the star for me and the homemade chorizito although I would have loved an even spicier flavour in the chorizito. The rosti unfortunately lacked flavour and needed more crispy bits for my liking. If it was a potato hash liked they do at Baffi & Mo or even your basic hash brown like at Roadies Cafe the dish would have been a favourite.

The recommended Morcilla & Potato with fried duck egg ($16) had great tasting morcillo with a nice fried outer crunch. The duck egg was perhaps just slightly undercooked because some of the white was still translucent. A simpler fried egg on top would have worked a treat as well like on the empanada. The morcilla is definitely worth considering as a side to try. I would have loved to see some included on the Big Breakfast. The beans worked OK in the dish but I kept thinking beans aren’t really a morning thing. Perhaps asparagus could also work as an alternative? The Torrijas with grilled banana & churros icecream ($16) was a sight for those with hungry eyes. This dish was on a timer though as the yummy tasting ice cream melts very fast due to heat of the fried bread and banana. I think the bread might have needed to be cooked just a tad longer as the egg mix inside was still a bit runny in parts. The favourite dish of the day was the Empanada Rancheros with ham hock, beans, creamed corn & a fried egg ($14). A good combo of flavours with nice flakey pastry. A bit more spice in the chorizito would have been welcomed. I wasn’t 100% sure about the use of the coriander. It seemed to work quite well and I couldn’t think of an alternative green that was more Spanglish and less Asian.

Not only does the breakfast menu include the usual ‘soft’ drinks like juices and coffees but there was a ‘hard’ drinks menu for those who don’t mind drinking spirits before lunch. The Mocha ($3.50) could have had a more noticeable hit of chocolate in the mix but the mini churros on the side was a nice touch. Hochata is available as Straight ($6), Hochata Dirty ($7.50) or Horchata Filthy with Coffee & Kahlua ($12). My pick is the filthy version which will make your dirty taste like milk and straight version taste like water. The Bloody Mary ($15) had no shortage on chilli spice and the quirky presentation offered a mini antipasto on top. A longer cut of celery would have helped to make it a good stirrer. For a semi-healthy drink the Beetroot lemonade ($6) made with ginger beer and pineapple juice might do the trick. Nice flavours that also go well with some Hendrick’s Gin or even Tequila I’m told for those who like it a bit more wicked in the morning. The Mimosa ($10) had quite an alcoholic kick if you need a good ‘hair of the dog’ beverage at a reasonable price. I wished the nice tasting Sourside Down ($15) was a bit more generously filled and the La Spritz ($10) was certainly a refreshing option with noticeable alcohol to please.


SNAPSHOT REVIEW:
PROS: Interesting breakfast menu, Booze available, Cosy decor, Decent amount of seating, Quiet tables near the centre bar if you're feeling a bit fragile
CONS: No large table space to spread a newspaper or read a magazine with ease, Not a fan of the table supports, Alcohol for breakfast isn't the healthiest way to start your day
MUST TRY: Horchata Filthy, Empanada Rancheros, Torrijas with grilled banana & churros icecream, Morcilla (as a side)
VERDICT: If you're looking for a breakfast that's a bit different or require a 'hair of the dog' fix then this weekend breakfast menu could hit the spot
— 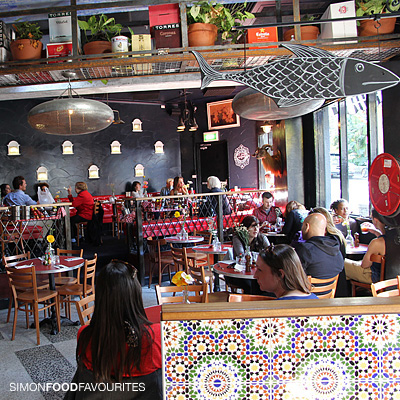 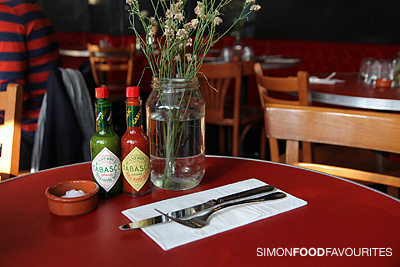 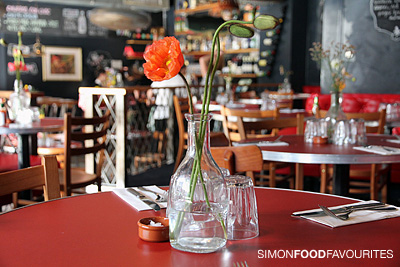 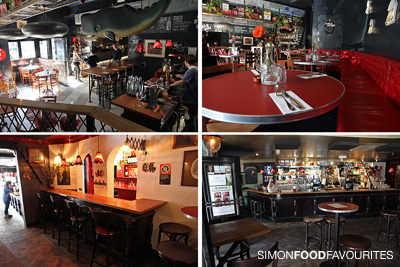 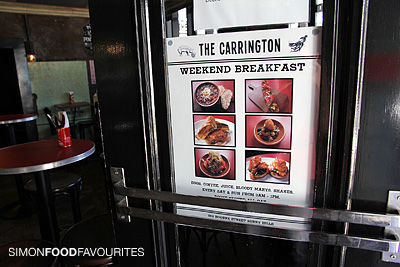 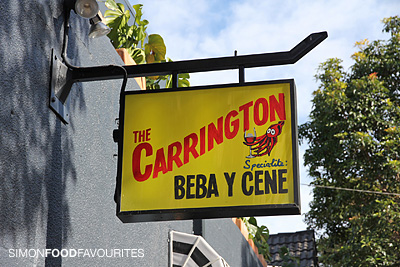 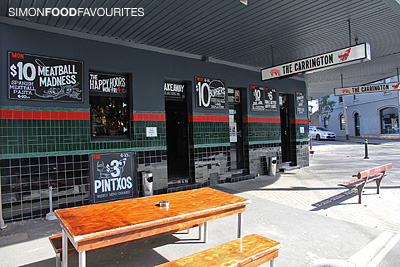 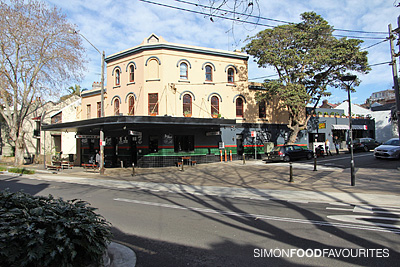 The food looks really interesting and different . Cant imagine the bill for breakfast though after a few cocktsail

What a unique brekky menu..! Not sure the 1pm cutoff suits me but keen on that empanada - yum.

hi tania, a few cocktails would definitely make it a very pricey breakfast

hi tina, i think they need to get ready for the lunch menu but i reckon some of the dishes would be suitable for a lunch menu as well