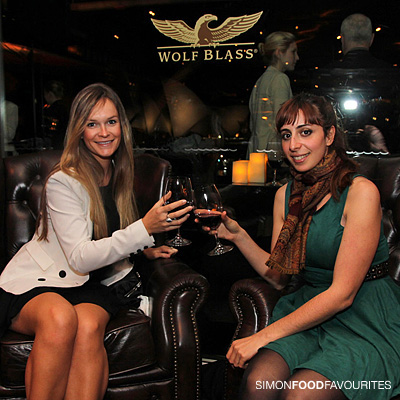 Thanks to Tessa Kerestes from Liquid Ideas for inviting me to the media launch of the Wolf Blass Luxury Collection Release for 2012 held at Quay Restaurant. Nice timing with the announcement of Quay as ‘Restaurant of the Year’ by Good Food Guide. Uninterrupted views towards the Harbour Bridge and Opera House were spectacular from the function room matched with three-hatted canapés and no shortage of wines selected from the White, Gold, Grey, Black and Platinum Labels. Mr Wolf Blass was quite a jovial character and celebrated his birthday in good spirits with a large chocolate mud cake decorated with an eagle. Guests could play spot the TV celebrity with a small entourage of MasterChef contestants joined by My Kitchen Rules winners, Tracey Spicer and Kerri-Anne Kennerley minus the dancing.

Savoury and dessert canapés were served starting with the Sea scallop pearl, lime, cucumber, fennel — scallop sashimi in a ball I guess. I only tried one but I should have tried more to better appreciate the flavours. The Crostini of smoked ocean trout, crème frâiche, lemon marmalade was a win for me with its simplicity that hit the mark as a bite-sized joy and I could have happily munched my way through a tray of Peking quail, peanuts, sesame, cinnamon, hoisin, pickled cucumber. Dessert canapés were the highlights of the night though. The Salted caramel, prune, walnut tart and Lime curd, meringue tarts had exceptional shortcrust pastry — I suspect a pastry god must have been in the kitchen. Quay has been on my wish list to dine since October 2008 when I tried their Let’s Do Lunch. Since then the famed snow egg and eight-texture chocolate cake has been calling my name — matched with some Wolf Blass dessert wine perhaps?

SNAPSHOT REVIEW:
PROS: Stylish canapés and friendly event staff, Quality ingredients, Enjoyable wines supplied by Wolf Blass
CONS: There was a large break between some of the canapes leaving me quite hungry at one stage, Would have loved the wines and food to be paired up for better appreciation
MUST TRY: Returning to Quay to try their a la carte menu
VERDICT: Great function space with spectacular harbour views but I'm sure it doesn't come cheap
— 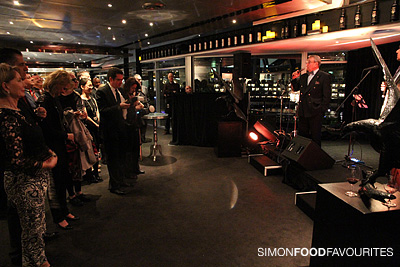 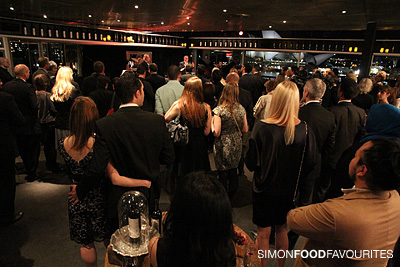 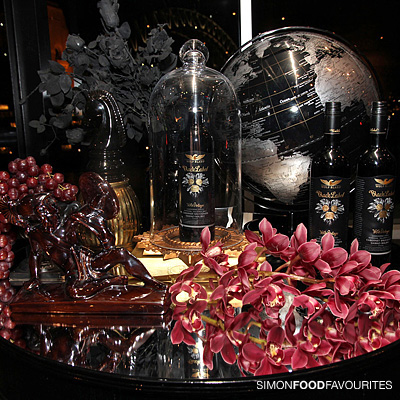 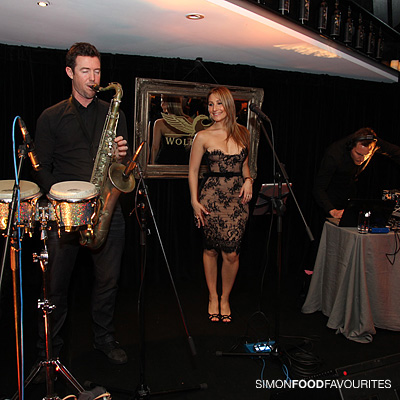 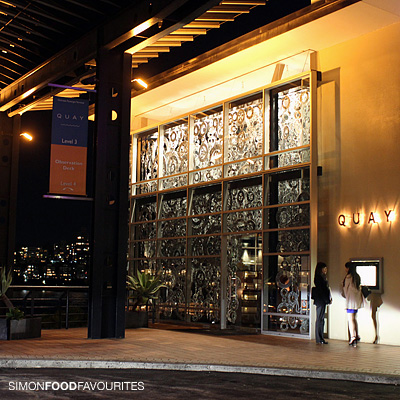 Your blogs rock Mr. Thanks for all the fab photos and always being such a delightful gentleman when I run into you at events.

Must say the photo of me and my handbag is great ;)

What a fun night! That food all looks absolutely stunning - presentation is out of this world! As you would expect from Quay I suppose ;) Great photos too!

hi denea, merci beaucoup, and great handbag by the way ;-)