“Australian Bacon Week is an initiative to highlight the pink square PorkMark label – the only guaranteed way consumers can choose 100 per cent pure home grown Australian bacon. ‘Made in Australia’ does not mean the product is made from Australian grown pork, only that it has been manufactured here. So some 65% of bacon sold here is made here from pork that is imported frozen, thawed out and then manufactured into bacon in Australia”

There's not many things that get me out of bed earlier than normal but the opportunity to try a ridiculously priced Bacon & Egg Roll ($120) seems to be one of those things. Head Chef Carla Jones (pictured above) is responsible for the decadent menu addition for those with money to burn at 4Fourteen in support of National Bacon Week 12–19 May. The rich flavours certainly go well together but I'd recommend mere mortals first check with their bank manager before ordering and perhaps their doctor as I fear it contains enough calories to break your daily recommendation. Not only is it the most expensive roll in Sydney but it was also the most photographed at the event. I guess anything this expensive is bound to attract media attention. I'm now waiting for someone to create a lobster roll with scallops, prawns and caviar all in a gold leafed brioche bun with a dozen freshly shucked oysters on the side instead of chips for twice as much.

For the cheap punter there's a $30 version available without foie gras, caviar and shaved truffle although this still comes in at around 5 times more than my regular bacon & egg roll with a coffee near my work. What my regular place won't have but wished they did is the National award-winning bacon from Slade Point Meat Specialists in Mackay, Queensland. For something a bit closer to home I'm tempted to visit the National winner for short cut bacon from Stapleton's Family Meats in Gymea. Other restaurants taking part in Bacon Week with their own decadent bacon & egg roll are 3 Weeds Hotel, Bishop Sessa, Boston, Grasshopper and Huxtaburger. Not sure of their pricing but it definitely won't be more than $120.

Thanks Stewart White from Whiteworks Public Relations for inviting me to the event.

SNAPSHOT REVIEW:
PROS: Australia makes very good quality bacon
CONS: I can't afford/justify a $120 bacon & egg roll
MUST TRY: Getting my hands on some national award winning bacon to fry up at home
VERDICT: I'm hoping someone in Sydney will be making a more economical bacon & egg roll using the national winning bacon from Slade Point Meat Specialists so I afford to try it
— 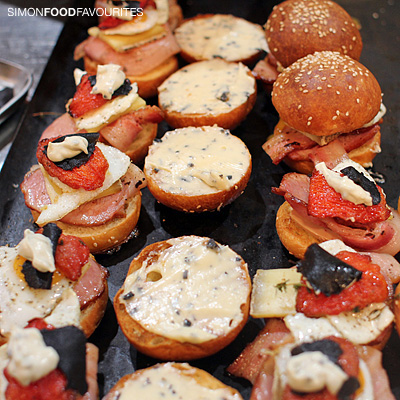 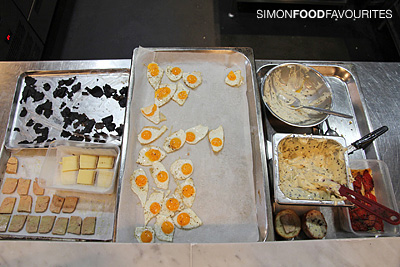 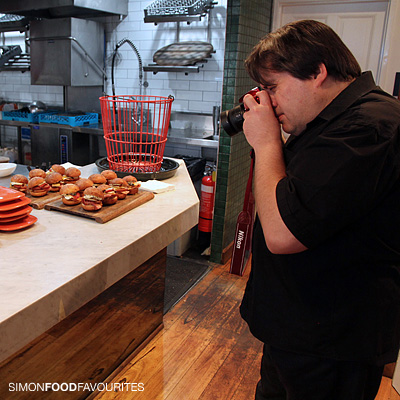 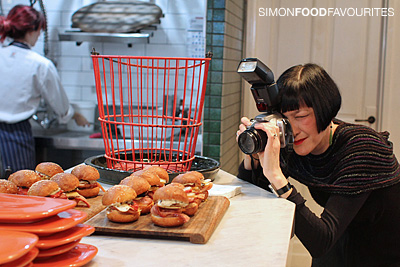 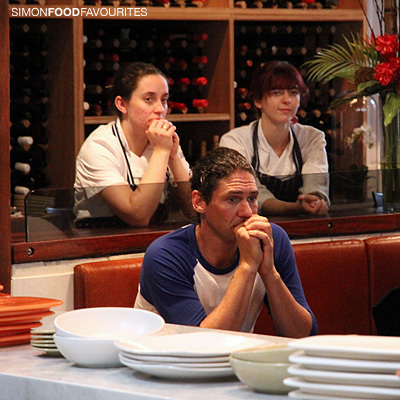 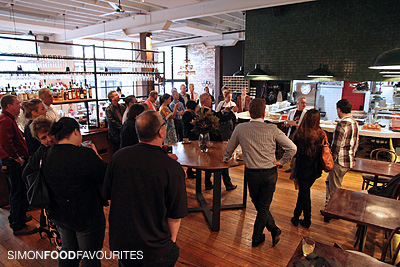 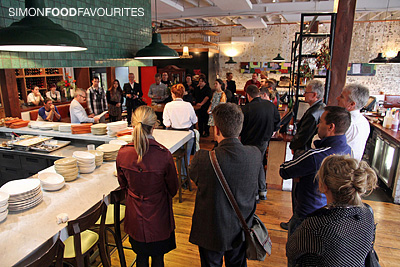 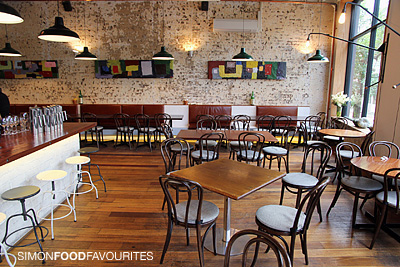 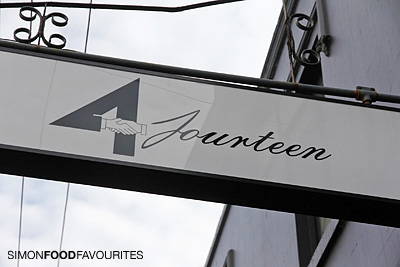 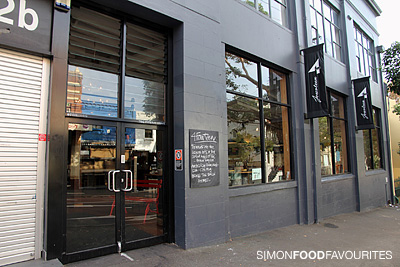 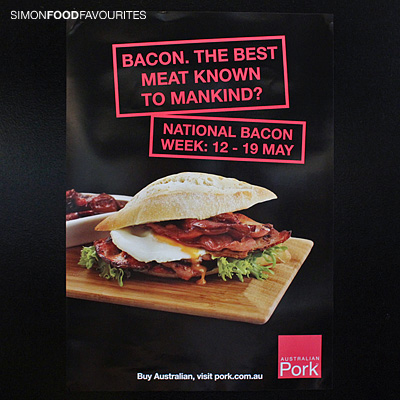 Wow. What I would done to have been invited to that event... You're absolutely right. Can't even begin to justify the price of an arm and a leg but the bacon sure seems nice!

Wow. What I would have done to have been invited to eat that. Still... you're absolutely right. Pretty hard to justify the price of an arm and a leg but the bacon sure seems nice!

I wouldn't pay $120 either. Perhaps if they serve it without the bun... LOL. Love the Homer Simpson quote, too, so true. Long life to bacon!

omg $120 for a bacon and egg roll?...insane. seriously wanna eat it though XP

wahhh $120 for a bacon roll! lucky you, got to sample it! ive never had a fried duck egg before but sure sounds amazing!

hi neil, definitely one for those who have plenty of money for breakfast

hi christine, i think a basic egg and bacon will satisfy me any day of the week

hi lateraleating, as long as it has bacon in it that's all that matters. take the bacon out and you lose the magic :-)

hi annie, which you could have been there to try it too