Many oysters make much love

Thanks to Savannah PR for inviting me to the Oyster Festival launch dinner at The Morrison. I'm a huge fan of oysters, especially when they're freshly shucked and full of brine so I certainly had my fair share of the Waterfall and Le Petit Waterfall Oysters that were served by Ralston Bros Oysters. I even had an oyster shucking lesson by Ben Ralston. It took me a stressful 5 minutes to open just one but apparently I did a pretty good job of not slicing up the oyster or my fingers for that matter. The Oyster Martini starts boozy and ends with a boozy oyster. I started tasting the oyster brine about half way through the drink and it's definitely not for the light drinkers. First course was Poached jurassic pacific oyster with spicy ginger soy broth. Massive oysters like these seem to be best cooked rather than enjoying raw. I found the broth quite salty due to the soy sauce and not particularly spicy but the oyster itself was cooked well and plump with flavour. For mains Head Chef Sean Connolly was in the zone plating up Carpetbag Steak with rock oysters, Dijon mustard, prosciutto and wild watercress. I've never heard of carpetbag steak before which apparently was all the rage in the 1950s and 1960s which is before my time. The oyster added a creaminess and saltiness to the perfectly cooked steak which was enjoyable and tasty. The jus was intense in flavour although very salty. Duck fat chips were very good and a crowd pleaser. To finish Oyster shooters became the dessert. I picked the Verdita, pineapple, coriander, jalapeno, mint which packed a flavour punch followed by a juicy oyster.

Check out more of the event photos here http://on.fb.me/18T5Nup 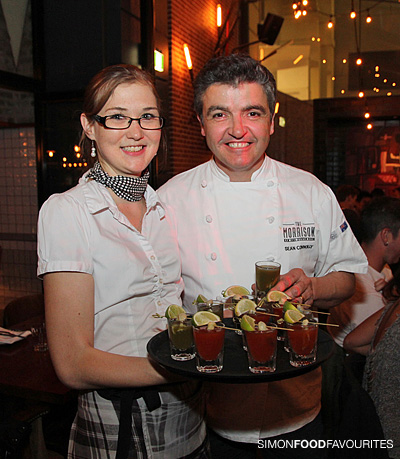 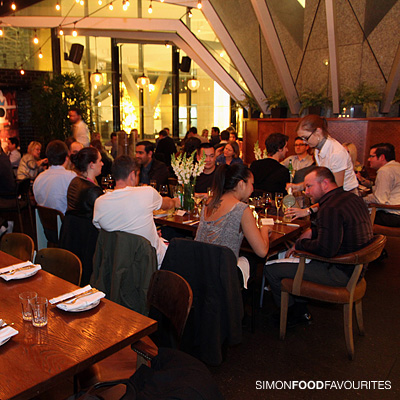 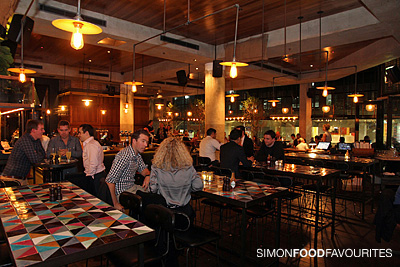 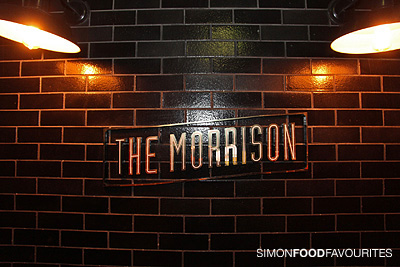 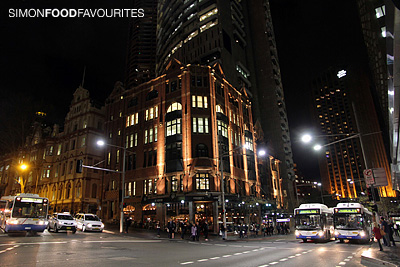 http://www.peters.com.au/brands/connoisseur
339 calories of joy & happiness
I've been seeing a few tweets of late mentioning the new Connoisseur Gourmet Ice Cream on a stick range so when I spotted them in Coles with 20% off my curiosity got the better of me. My first reaction was to get one of each but then I reasoned with myself and tried to decide on just one flavour which was actually quite hard to choose as they all sounded wickedly good. In the end I decided on the Murray River Salted Caramel with Macadamia ($6, 4 pack Coles special) because I thought it's quite a classic flavour combination and macadamias are generally expensive to buy. Packaging and graphics very nice so kudos to the advertising company that did them. Once to take off all the packaging you're left with a product that looks very similar to a Magnum. Texture, flavour and creaminess of the ice cream all very enjoyable. Flavours work a treat together. The gooey caramel sauce wasn't that noticeable while biting through but you could sort of taste it. My preference is usually dark chocolate these days but this one was very nice. I'd happily have again but now interested to try the other flavours.
SNAPSHOT REVIEW:
PROS: Was an enjoyable flavour combination and other interesting flavours available, Decadent treat
CONS: Decadent treats don't come cheap, High in sugar and fat
MUST TRY: Murray River Salted Caramel with Macadamia
VERDICT: Nice packaging makes these look like a luxury treat. Exotic flavours will provide a point of difference to the consumer.
—
4 comments:

Half Croissant, Half Doughnut

Ever since I first heard about the Cronut craze invented by Chef Dominique Ansel I was interested to try it. Although as there was no hope of visiting New York in the near future which would also include mega long queues each morning to be lucky enough to get one I needed to look closer to home for a cronut imitation. Adriano Zumbo is one of a few in Sydney that has jumped on the bandwagon and with his legendary status has attracted a good amount of trade with his popular Zonut. On my first ever visit to his shop at The Star I learnt they sell out quickly. A young lady at the counter said they usually sell out in about one to one-and-a-half hours. Her perfunctory and disinterested manner made me feel I should have known this before entering the shop and casually asking if they had any cronuts — silly me. I bought a few Zumbarons ($2.50 each) instead which had distinctive flavours and an enjoyable texture. A few days later a kind gesture by The Jugernauts said he had a spare Maple Bacon Zonut ($5) if I wanted it. Hell yeah! Thanks dude. Injected with a maple bacon creme, topped with bourbon soaked raisins, caramelised maple peanuts and bacon crumble it sounded pretty weird and crazy but flavours worked well together. I liked the crispy and light pastry although you could tell there was a lot of evil calories in this sugar coated baby. I actually shared it with four other curious souls who had never had one before although I'm sure I could have easily eaten one all to myself — but probably shouldn't. Would I have it again. Hell yeah. Although the challenge for me like everyone else is getting to one of his stores at the right time in the hope to buy one in the first place. I wish I could simply just order in advance and pick up at a time that suits me.

SNAPSHOT REVIEW:
PROS: Something different to clog the arteries with sugar fat loving, Enjoyable flavour and texture
CONS: It probably should come with a health warning, They sell out quickly and more than likely you'll need to line up to buy them
MUST TRY: Other flavours if I ever get a chance to be at his store at the right time
VERDICT: I'm glad I got to try it and would happily try it again although I would try and resist having it too often
—