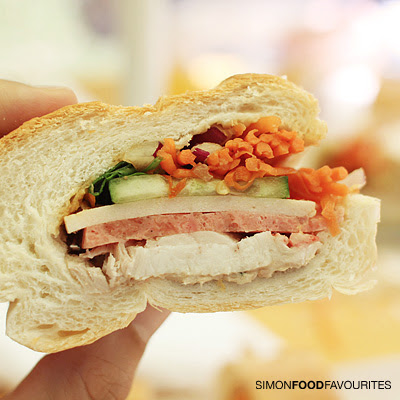 Four of a kind: Pork Roll
Thanks to Richard Elliot for organising a casual lunch catch up with fellow food bloggers Cats Love Cooking and Cupcakie Dolly to taste test a few Vietnamese Pork Rolls around the Wynyard Park CBD area. The cheapest of the day was from Phuong ($4) in the Hunter Connection. I like how there was a definite layering of 3 types of pork and the ingredients were quite fresh. It's biggest downside was the roll unless you prefer softer texture instead of being crunchy. The best bread rolls of the day for me were Taste Baguette ($6.50) and Red Roll ($6.90). Red Roll is owned by Hong Ha in Mascot which have always been known for their crunchy rolls. The downside of a crunchy roll is it's a lot easier to cut your gums as well. They also added a bit of sauce which made it a bit soggy and drippy so didn't travel the best plus they piled on the chilli. The smallest of all rolls seemed to be the one from Chop Chop ($6.50) which also seemed to be a bit light on the pork filling. So out of the four tried I think value for money Phuong would be my pick if you're on a budget but overall I think I prefer the bread and ingredients combination from Taste. If you could put the ingredients from Phuong into the Taste or Red Roll bread then it would be even better.
My taste test preference:
No. 1 - Taste Baguette ($6.50)
No. 2 - Phuong ($4)
No. 3 - Red Roll ($6.90)
No. 4 - Chop Chop ($6.50)
Chop Chop
36 York Street, Sydney NSW 2000 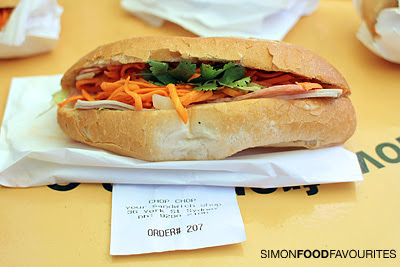 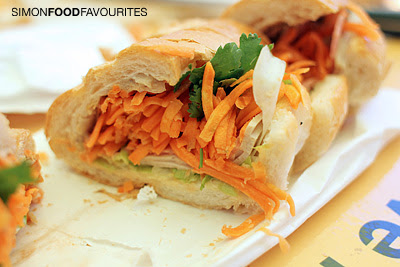 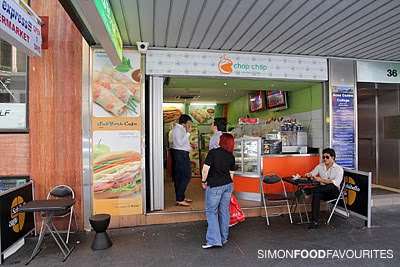 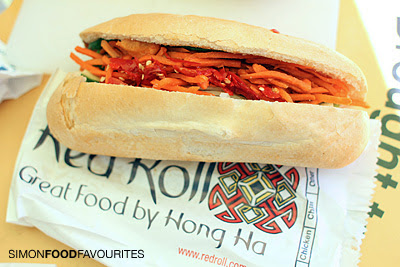 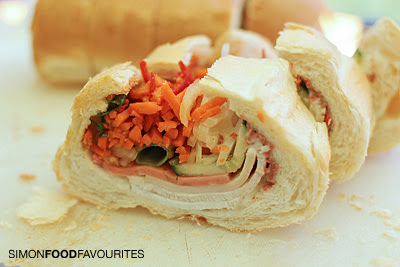 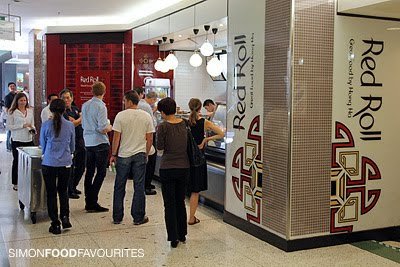 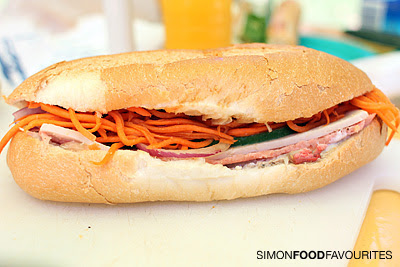 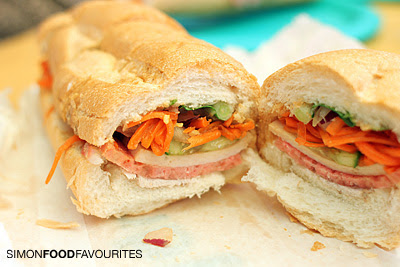 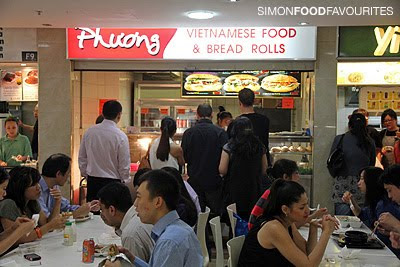 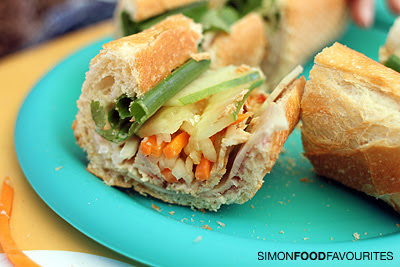 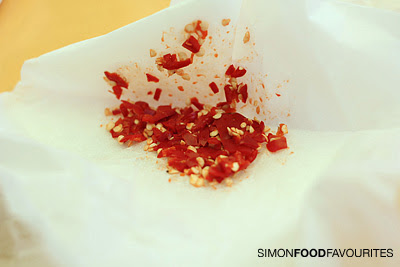 Chilli on the side 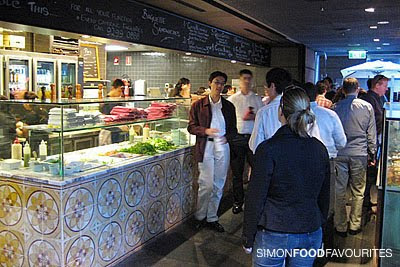 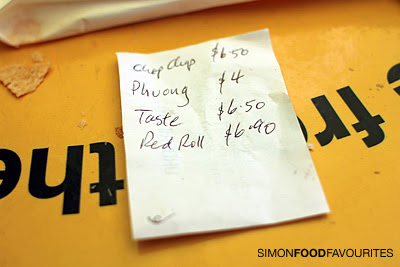 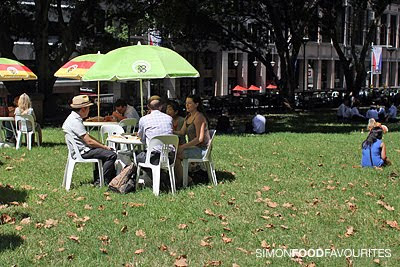 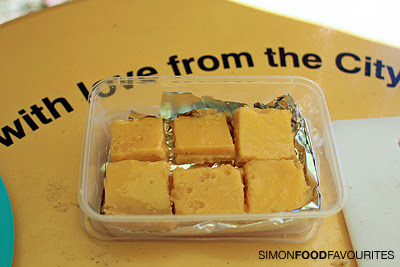 Great comparison guys! I love the Taste Baguette rolls so I'm happy they came out on top in your opinion too. :-)

Cool review! I do prefer Taste Baguette, though, because their bread is so fresh and the pork belly roll is TDF.

Spot on review, Simon (and co)!

Phuong is great value but not the best roll I've had in the CBD. Red Roll is very good.

Also, I'm very glad you didn't review the other Vietnamese roll place in Hunter Connection (the one opposite Michel's Patisserie). I swore them off when they charged me extra for chilli. The opportunists! Their bread rolls are mediocre too!

This post makes me so jealous! I'm in Vietnam right now (in Hue) and I can't seem to find a Banh Mi that tastes half as good as the one at Taste! Gorgeous post.

I am an avid 'pork roll for lunch' eater! Lately I have been getting the pork roll from Red Roll in Wintergarden, but I was previously getting it from the Taste Baguette in Met Centre - up until recently, Taste Baguette priced it at $5.90.

If I am in Hunter Connection, then I will get it from Phuong but even though I ask for no chili (can't stand any hint of chili, not even a little bit, it immediately makes my lips burn), the co-mingling of their ingredients in the trays means that I can still taste some chili so I'll only get it from here if I'm feeling especially poor - I also agree about the bread, it usually seems like soft, day old bread to me!

The CBD pork rolls can't compare to the suburban pork rolls though - my absolute favourite is from Kings Hot Bread in Hurstville. There is always a line out the door and their bread is constantly baked fresh.

I love Banh Mai. I used to buy them at Cabramatta Station every morning for breakfast on my way to uni, then another one at Tropical Green at UNSW in the food pavillion.

I worked on Hunter Street for a while and daily ate at Phuong but you're right that they're not that great.

I haven't tried Banh Mai at taste, but you can assured that they're now on my list.

You got this post up before I'd even finished digesting lunch Simon!

It was a good fun meet up. I found it hard to call the difference between the Banh Mi.

The Taste bread was lovely, but is it classic / authentic? Should that even worry me?

I thought the filling from Phuong was good too.

Great reviews Simon. I did walk past this place in Ultimo that specialises in baguettes so I'll be sure to let you know when I can remember it.

hi joey, ever since i tried them it's been hard to find a better roll. i think foveux st store make it the best.

hi bel, i've had the pork belly roll with brie if that's the one. so good.

hi JB, i had the phuong one day and rolls are still a bit old but decent filling except way too much red onion, will ask without next time. there's a couple of others in Hunter Connection. i might have to test to compare.

hi sarahkate, i know what you mean. we have such good and cheap options here when it comes to lunchtime eats in food courts.

hi retrodaze, chilli always seems to creep in somehow and it's hot. i think it's because they use the same utensil to spoon it all in. next time just say you're highly allergic to chilli but then they'd probably say don't eat here. thanks for the Kings Hot Bread suggestion — i'll have to try http://www.urbanspoon.com/r/70/1566414/restaurant/Sydney/Kings-Hot-Bread-Hurstville

hi jasmin, let me know what you think of Taste if you try

hi lol, i've got no idea what ngon quá means?

hi richard, Taste possibly not as authentic as others but they do it so well

hi tina, please keep me posted what it's called. would love to try.

hercules bakery in ashfield right next to the station has my vote for the best and healthiest chicken rolls in sydney!!!!

hi Anonymous, thanks for the tip. i've never heard of the place so must check out one day.