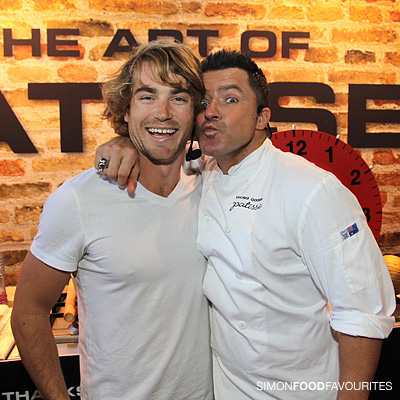 
“MasterChef LIVE 2012 invites budding chefs & cheflings to get up close with the television programme’s favourite contestants, as well as some of the nation’s most renowned chefs for an interactive food experience including cooking classes, theatre shows, demonstrations, Q&As and MasterClasses.”


Thanks to Vivien Mah from Andatech for sending me six complimentary entry passes to use for MasterChef LIVE 2012. I was interested to check out their Juicepresso stand but the first time I passed by it was unattended and the second time I was rushing off to home due to baby getting restless which basically means the shows over. There was no shortage of MasterChef contestants presenting and cooking in demonstrations to please the fans that's for sure. My visit was quite short so I didn't get to try as many free tastings as hoped. The Hands Lane Seville Orange Marmalade and Mixed Berry Jam and Fleur De Lys Patisserie Banana Bread were enjoyable and the Nudie Coconut Water with apple, raspberry & cranberry was refreshing. The 'Most Friendly Vegetarian Display Award' goes to Perfection Fresh Australia and the 'Best Meat Lovers Award' goes to Salumi Australia. I finally saw four of the elusive Sydney food trucks parked outside. Organic Spelt Pizza with roast pumpkin, pesto, spinach and feta ($10) from Agape Organic Food Truck was very nice and the Sweet Potato & Kale Chips with Aioli ($5) from Veggie Patch Van were delightfully crispy albeit a bit oily. Until next year may the MasterChef journey always be in your favour and caramelised to perfection for the judges.

SNAPSHOT REVIEW:
PROS: If you're a MasterChef contestant and celebrity chef fan you'll be able to meet them in person, Product samples from some of the stands, You can watch or participate in cooking demonstrations
CONS: The crowds can get a bit much especially if you have a baby on board, Free parking can be a nightmare due to popularity, There's an entry fee plus theatre shows and demos can cost extra
ENJOYED SAMPLING: Hands Lane marmalade and mixed berry jam, Fleur de Lys Patisserie Banana Bread, Nudie Coconut Water with apple, raspberry & cranberry
— 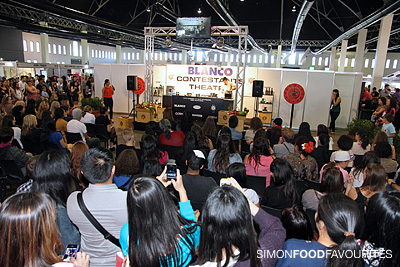 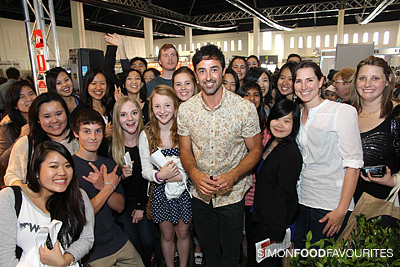 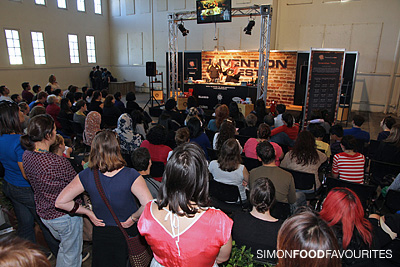 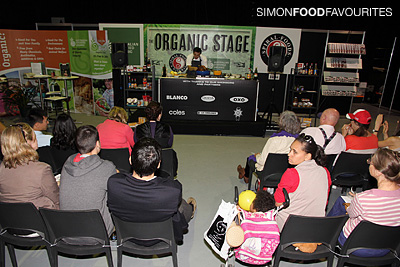 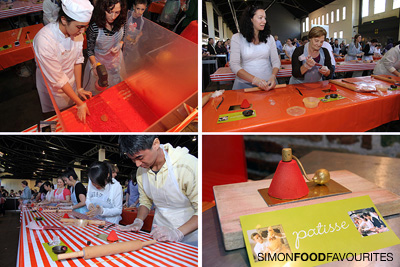 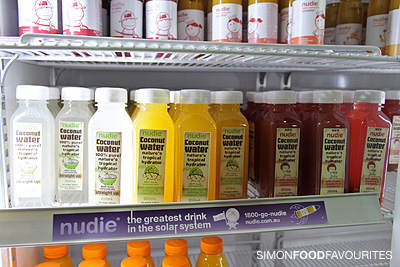 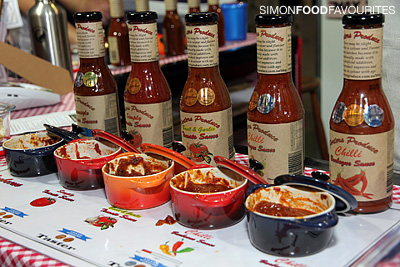 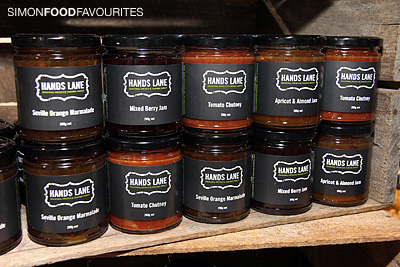 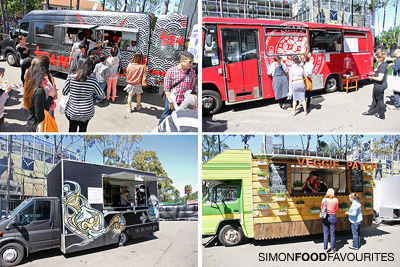 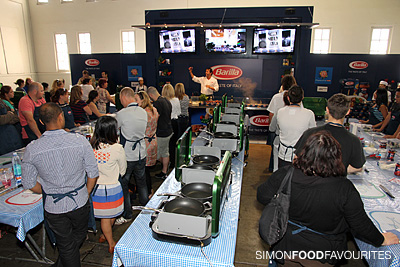 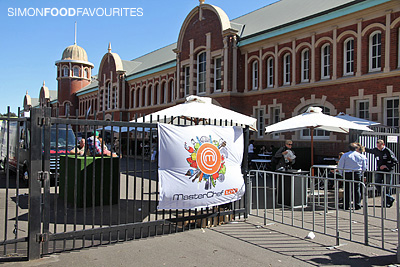 Looks like people really enjoyed it. Only wish I am in Sydney

Nice wrap-up! I find the crowds a bit much, but I had fun there. Looks like you had nice weather - the rain was a shame on Saturday as it made eating in the food truck outdoor area awkward.

Simon, thanks for the comment on our test blog on blogspot about toast. :) We created that to see if we could get our EasyRecipe plugin to work on blogger. My blog is at orgasmicchef.com and I've never done a toast post there. LOL I should reconsider!

...but, a tablespoon of butter and 2 tablespoons of jam and you've got great toast.

It was areal pleasure to finally met you and once again wonderful photos of our products and stand. Beats my attempts at photography.

I have included a link to your site from our blog for people to view the photos.

hi adelaidefoodies, masterchef fans were very much catered for

hi chanel, i sometimes find crowds very overwhelming as well. definitely was a nice weather day. wet weather would have made getting to those food trucks very uncomfortable.

hi maureen, a blog post on simple recipes would be cool. thanks for the measurements for the jam and butter hehe ;-)

hi porters produce, nice to meet you too. hope the event all went well for you guys.