Bar of new flavours
I've been noticing the promotion of these new bars have been hitting the social media rounds hard on blogs since September due to Nuffnang's sponsorship with Cadbury — there seems to be a long list of 20 blogs that took up the promotion. Thanks to Food, booze and shoes for running a giveaway competition for a chance to try the new Cadbury Bar of Plenty flavours which thankfully I was one of the lucky winners. I received a block of the Roast Hazelnut & Honey Roast Cashews and the Berry Fruit & Vanilla Shortcake. A taste test was in order with a group of 7 other friends. The Roast Hazelnut & Honey Roast Cashews came out as the favourite but there wasn't much support for the Berry Fruit & Vanilla Shortcake one which I tend to agree with. That was until we feed them to an 11 year old girl and 14 year old boy who preferred the Berry Fruit & Vanilla Shortcake — very interesting. I think the younger preferred the sweeter bar while the older preferred the more savoury notes of the nut version. I quite liked the honey roasted cashews which provided a bit of a toffee like crunch to the bar. I'm hoping a dark chocolate version might come out which I think would even be better and less sweet — for my taste buds anyway.
If you're keen to try the new bars for FREE then check out the locations of where samples are being given out between August until October 2010. I spotted one of the locations is Woolworths Town Hall on 9 October 2010 between 11 am - 2 pm.
Other blog reviews:
• Chocolatesuze
• My Food Trail
• Jeroxie
• Leave Room for Dessert
SNAPSHOT REVIEW:
PROS: Something different to try, Free samples available for a limited time at designated locations
CONS: It will add to your waistline, I prefer dark chocolate
MUST TRY: Visiting one of the locations for a free sample
— 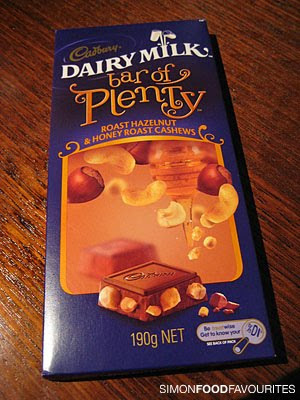 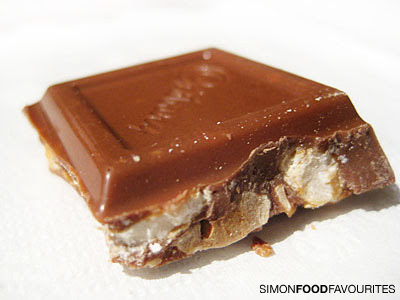 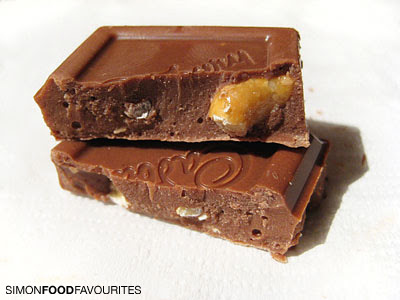 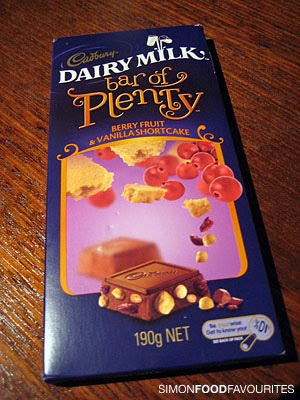 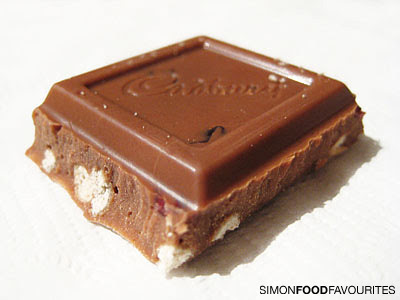 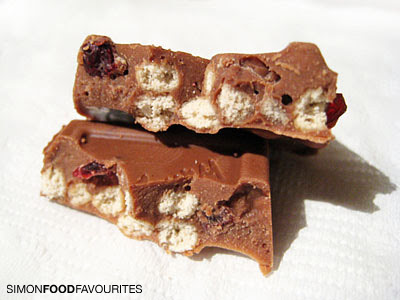 Echo your comment on making a dark chocolate version. Having developed a nut allergy over time, I am grateful that they made the fruit version with cookie bits instead of nuts as there wasn't really a substitute for the fruit & nut bar. That said, we've been sitting on a bar of this for some time and have yet to crack it open, maybe the thought of it is better than the actual eating! He he! :D

I'm the opposite! I really like the berry and vanilla shortcake version but didn't like the hazelnut version.

But then I do dislike nuts....

The nut one sounds scrumptious.
Sydney - City and Suburbs

I love your love of food and I've been eyeing the new Cadbury dairy milk bars. I have to try the berry fruit & vanilla shortcake, in fact I am buying one today. I''ll let you know what I think of it.

hi gummi baby, i'm sure you'll enjoy it once you open it. any chocolate is good chocolate :-) that's a shame about your new allergy to nuts. chocolate and nuts is so good together, especially macadamias

hi celeste, sounds like it's an acquired taste for both although as you say if you don't like nuts then you won't like it no matter how much chocolate they add i guess :-)

hi j bar, hope you get to try soon to make up your mind if you like it or not :-)

hi fromblank, keep me posted how you go. i love eating chocolate when watching a movie, i think it must be a childhood thing.

Have to say I really enjoyed it. Though I like anything chocolatey!

hi spencer, you're not alone in liking anything chocolatey :-)

Negroni of the week