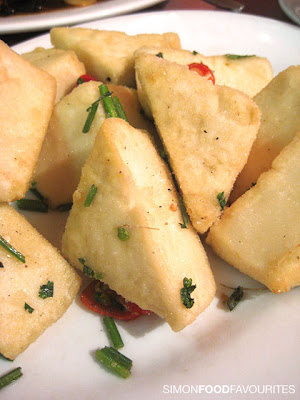 No Alcohol, No MSG.
It's good to know a place doesn't include MSG but also being no alcohol is a bit unfortunate, especially when it's before going to watch a very funny (and naughty) Broadway musical called Avenue Q. I've heard of this place for many years but have never been before. They have a very large choice of vegetarian dishes to choose from in both text and pictorial menus. Service was friendly enough although at times I felt we were a little neglected. A few of the dishes came out while still waiting for the steamed rice to arrive. I'm used to chinese tea being served complimentary in Chinese restaurants but they charge per person and it actually was a bit bitter and wasn't frequently filled up which was disappointing. The vegetables were fresh enough although I found the dishes a little bland on the taste buds — perhaps because it didn't have MSG? I probably liked Crispy Tofu with Pepper Salt dish the most out of all dishes tried for it's contrast of outer crispy shell and soft tofu inside.
You gotta love the spelling mistakes you find in Chinese menus, always good for a laugh. During the whole night there was an elderly lady sitting in the corner watching over the restaurant customers — we thought this might be Mother Chu herself? It was a little intimidating and mysterious but when we were leaving she gave us a little honorable bow to kindly thank us for visiting. I have a feeling they might have accidently overcharged us on our bill as it didn't seem to add up to my menu prices noted so always check your bill — ours was all written in chinese with no actual figures listed so was hard to confirm if correctly added up. The only other Chinese vegetarian place I know of is Green Gourmet in Newtown which I think has a better reputation. 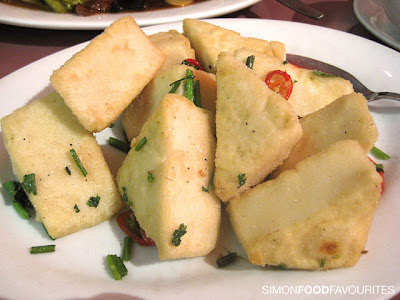 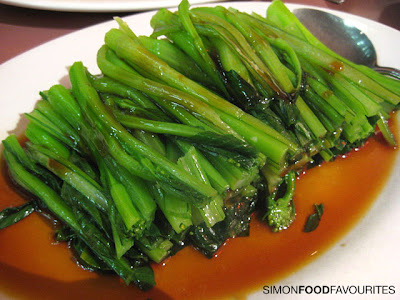 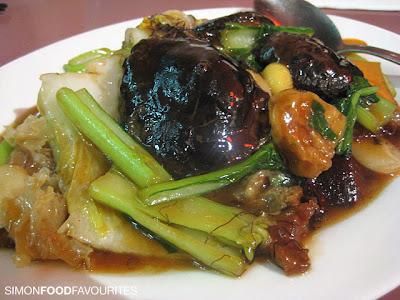 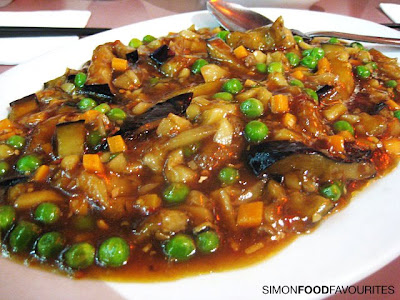 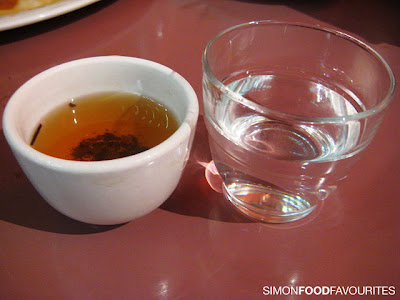 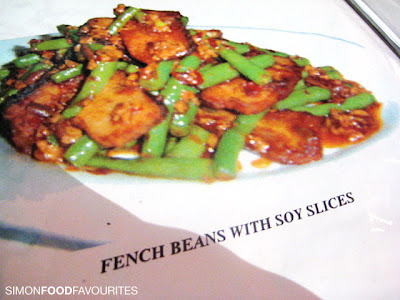 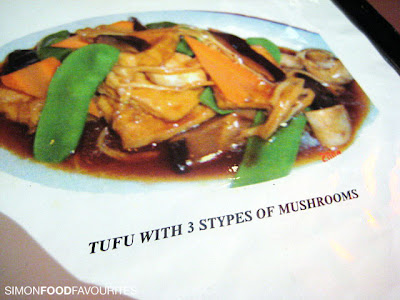 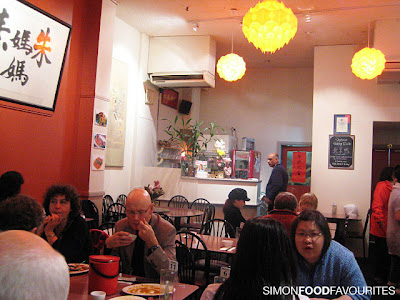 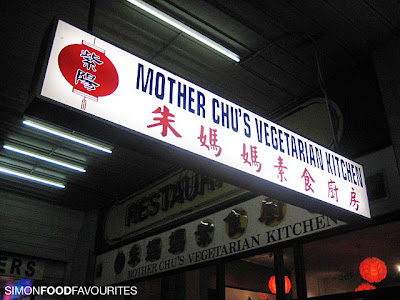 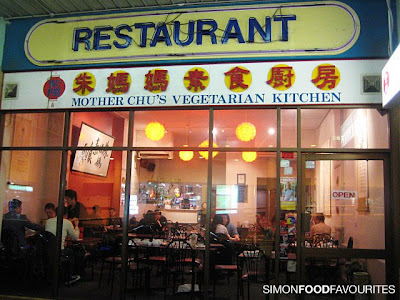 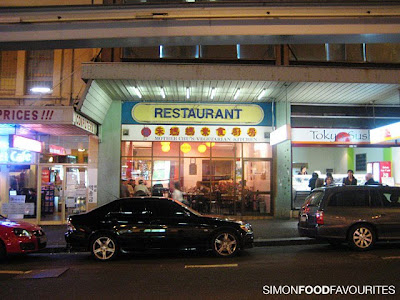 Mother Chu watching over us? 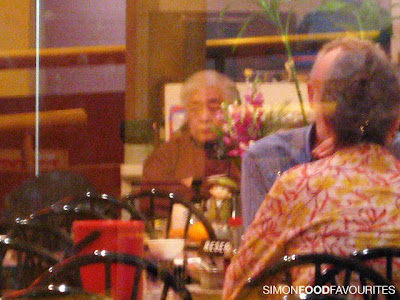 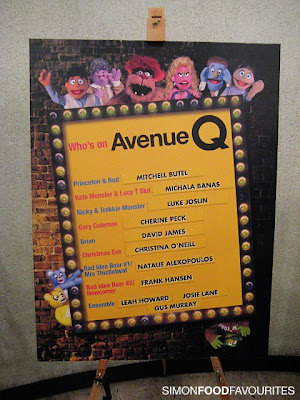 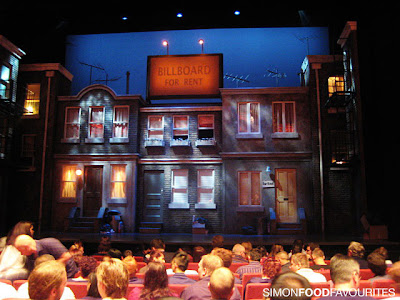 I love this place and have been going for many years. They're buddhist which means no "stimulating" ingredients like onions or garlic which may be why you found the dishes a little bland! They used to do Northern Chinese breakfasts of freshly made soy milk and fried crullers to dip into it, my favourite dish which I always get is the mushroom meatballs - lots of natural msg in the mushrooms!

Yay Avenue Q! Ms. Taste and I saw it in NYC and absolutely loved it. I still listen to the soundtrack, the songs are so catchy

how freaky with Mother Chu looking over you! I would have been a little nervous about takng photos. I love the spelling mistakes. Those pesky fench!

Ah Mother Chus - such a reliable place for Chinese vegetarian food. Even the mock meat doesn't taste too bad for confirmed meat eaters like me! But as the first comment suggests - Buddhist food is meant to be clean and fairly bland.

I like reading about vegetarian restaurants because I have never visited one nor thinking of trying it. I'm a carnivore all the way ahahahah!

Hi YaYa, thanks for the info, I didn't realise that and I think it's a contributing factor for the taste. The mushroom meatballs sound nice, I'll have to try if i revisit.

Hi Mr Taste, Avenue Q is so clever and funny, I loved it too.

Hi Maria, actually it did make me very nervous taking photos. I thought she was going to stand up and shout out 'no photos no photos' any second hehe. Spelling mistakes equals authentic chefs right? hehe

Hi Forager, I'll have to remember buddhist food can be quite bland. it's amazing how they make mock meat taste like meat. i once had vegetarian oysters at Green Gourmet, that was very interesting.

Hi Brenda, always love a good steak but I'm keen for good vegetables too these days. BBQ ribs are one of my favourite carnivore treats :-)

Haven't been to this place before, even though I'm vegetarian and have heard about it many times! =) May finally have to pay them a visit.

Love Green Gourmet, though, and I don't think their food tastes bland at all, even though they don't use "stimulating" ingredients either.

hi rachel, i think green gourmet is probably much better. have been once before and found it quite tasty :-)

Give "Peace and Harmony Vegetarian Thai Restaurant" a try as well. I think its within walking distance from Mother Chu's (its close to Wynyard which is still in the CBD).

I think the food there has a lot more flavor (even though they also don't use aromatics like onions and garlic) and makes more liberal use of mock meats. The prices are cheaper too so its better value all round. But I have definitely had better vegan Thai food than what I had at Peace and Harmony.

hi hummingbird, thanks for the suggestion. i think i've walked past that place a few times. will have to check out when i get a chance.