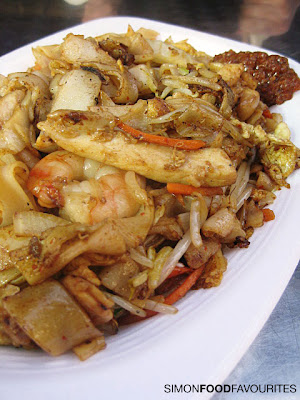 Decent Char Factor
I've found it quite hard to find a good char kway teow in the city for lunch but Jaya Malaysian seems to get a decent charring from the wok to give the dish a bit of a smokey taste. The actual dish is not listed on the menu so I asked for a Malaysian style char kway teow. They knew it was going to need flat rice noodles and they asked me what I'd like in it so I chose chicken and prawn. I think next time I'd get some calamari added too. It's pretty good compared to the Malay-Chinese version which comes with Chinese sausage although Jaya have larger and more moist prawns included. Still no sign of a Char Kway Teow in Sydney which comes with blood cockles like back in Malaysia. 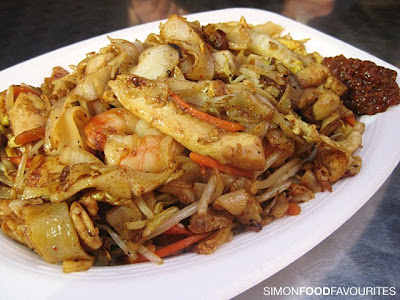 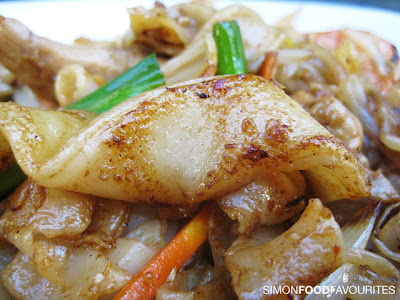 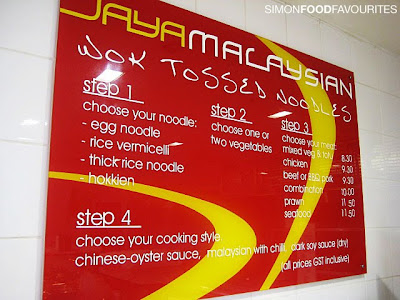 Simon, this is great. Love to read your review about restaurant in this area. I need more inspiration for lunch ;)

It's so hard to find a good char kway teow in Sydney. And no one does it with pipis, which is the best :(

Hi Anh, it's a nice place because it's tucked away from busy crowds

Hi Stephcookie, I know what you mean. In Malaysia they include blood cockles but I've yet to come across a place in Sydney which does.

Oops yes I meant cockles not pipis :) I love them in my char kway teow!

I had Malaysian for dinner tonight and it wasnt that good. sigh. Your right, a good char kway teow needs that charring!