“Food Society opened its doors in August 2011, with a trip back in time to the 1950s – it was like stepping into grandma’s comfy lounge, where an eclectic mix of modern European fare awaited. ”

Thanks to Kim Veverka from Magnet PR & Events for inviting me to sample the new menu at Food Society by the new Chef Ali Bahmad. Self proclaimed as The Vodka Specialists it also gave me a chance to sample the vodka menu which I never investigated on my first visit when they first opened. If you're a fan of Polish vodka or want to gain a better appreciation then I've now realised this is the place to be. My favourite discovery is the Zoladkowa orange and clove vodka, Poland ($9) with excellent flavour that holds it on just with ice. If you're a fan of campari like me then this is an easy one to drink. The Chopin Rye Vodka ($15) was also a revelation that you can actually drink vodka straight without pulling a face. Very smooth and refined but comes at a price that might break the bank a bit too quickly if you're shouting your mates.

There were three stand out dishes for me that are a must on my next visit. The Crispy pork crackling with pink salt ($7) was super crunchy as hoped which shattered loudly with each bite. Not the most romantic sound if you're on a first date unless you're both crackling fantastics, then you'll be in heaven. The pieces are big and bold but my preference might be smaller so they're easier to share and eat. The Fried cauliflower with paprika, parsley, water cress and red wine vinegar ($11) had great flavour with crisp batter and the red onion sliced thankfully nice and thin adding a bit of flavour highlight. It's dishes like this that make you consider being a vegetarian is achievable. The simplicity of the Cucumber salad with sour cream and smoked paprika ($7.50) worked a treat for me also. Maybe my part-Lativian Eastern European heritage was craving this one.

I love my oysters and the Pacific oyster with spiced beetroot and red wine vinaigrette ($4 each) was something different to the norm which worked quite well and thankfully retained most of their brine to wash it down. The Pork belly pierogi with speck, apple cider vinegar and chervil ($3 each) were nice and the Crispy skinned Blue eye cod ($22) had a crisp skin as hoped with enjoyable flavours although the extra oil on top of the puree might have been a bit heavy handed and unnecessary. For a stomach filling lunch time option the Slow cooked pork roll, fried onion rings, smoked mozzarella and bacon jam ($18) had morish flavours although I liked it even better when I added the pickles for extra moisture and flavour.

SNAPSHOT REVIEW:
PROS: Cosy and interesting decor, Extensive vodka menu, Casual atmosphere, Interesting menu options, Maybe best crackling in town
CONS: Street parking is limited due to all the restaurants in the area, Quality vodka doesn't come cheap, Coffee & tea is unavailable
MUST TRY: Crispy pork crackling, Fried cauliflower, Cucumber salad, Orange and clove vodka on ice
VERDICT: A character filled vodka loving den where you can drink and nibble on a few tasty dishes or settle in for the night with a feast of European inspired dishes
— 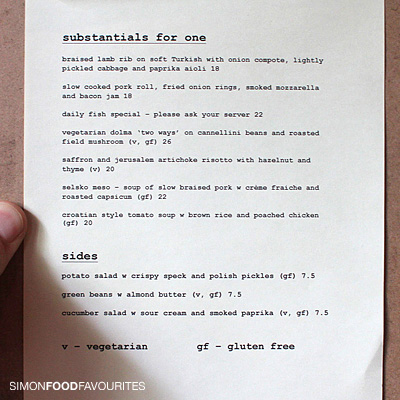 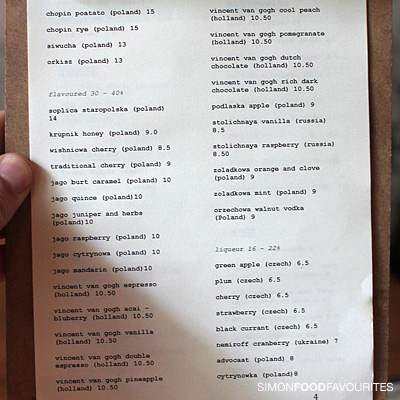 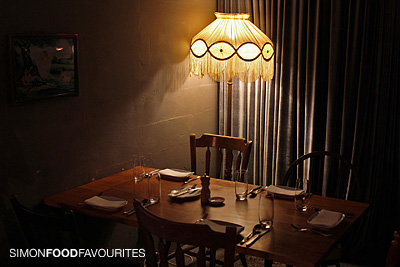 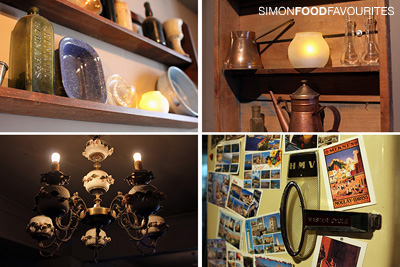 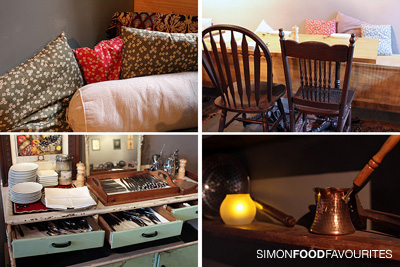 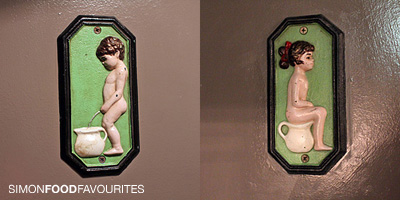 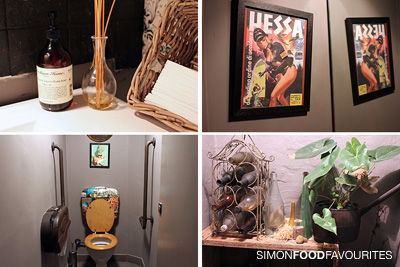 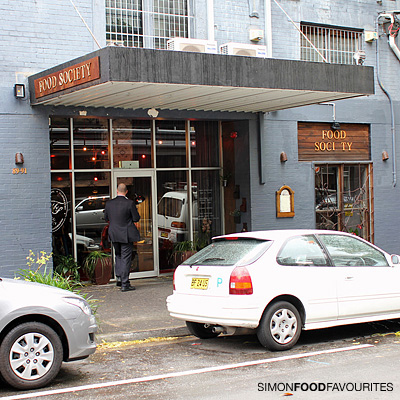 hi christine, i think i've seen those bathroom signs before in another restaurant hehe