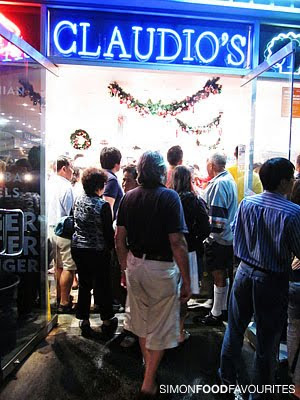 Sydney loves its seafood
Visiting the Sydney Fish Market during their 36 hour Pre-Christmas trade has become a tradition with my family. We go at night when it's less busy but it's still more busy than your usual saturday. It's best to avoid the day of Christmas Eve when it becomes absolutely manic and you're sure to encounter severe traffic jams. The main thing on everyones shopping list seems to be prawns which I notice being carried around by most customers. I used to always get my oysters from Christies Seafoods which have a great range of freshly shucked oysters nicely displayed in their black trays but since discovering Nicholas Seafood actually provide the trays to you it's become more tempting to choose from them so the oysters are kept separated during transport and don't spill as easily. I decided on two dozen Wallis Lake Sydney Rock Oysters ($14.99/dozen) from Nicholas Seafood and Boston Bay Mussels ($7.99/1kg) from De Costi Seafoods which are now all safely stored in the fridge until Christmas Day lunch. Parking in the Sydney Fish Market is usually too chaotic for me so I always look for a car spot outside around the park and just walk over.
Other visits to the Sydney Fish Market:
• 23 Dec 2011 – Pre-Christmas Shopping
• 23 Dec 2010 – Pre-Christmas Shopping, Oysters, Mussels
• 23 Dec 2009 – Pre-Christmas Shopping
• 26 April 2009 – Whitebait, Mussels, Oysters, Prawns, Calamari
• 23 Dec 2008 – Pre-Christmas Shopping
SNAPSHOT REVIEW:
PROS: Good variety of seafood, Competitive prices, Fresh produce
CONS: Very crowded, Parking is a nightmare
MUST TRY: Finding the best oysters and getting in and out as quick as possible
— 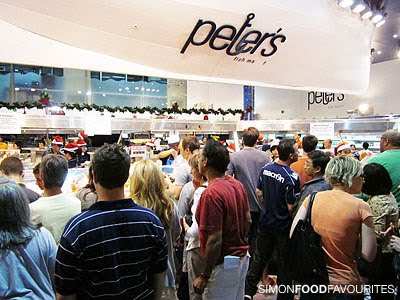 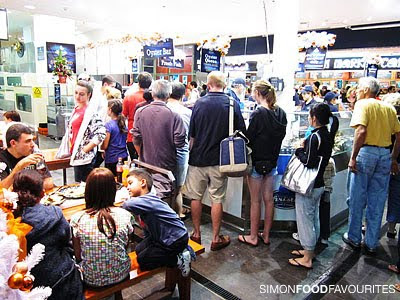 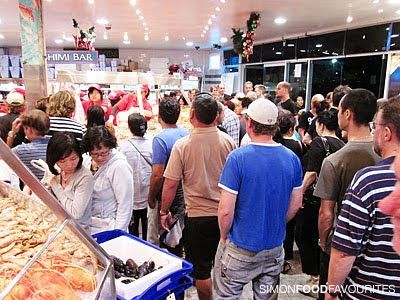 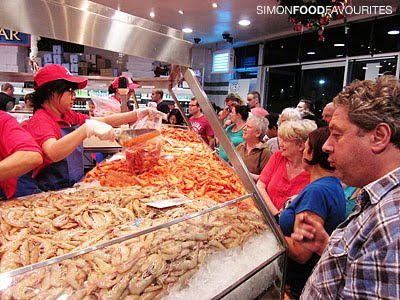 Claudio's — it's always hard to move around when it's busy 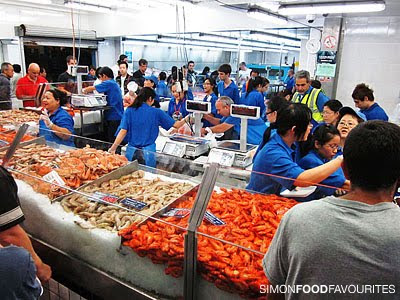 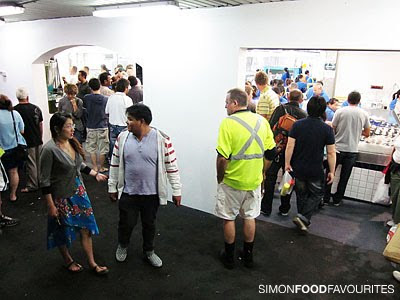 Musumeci Seafoods — I'm usually not impressed with what I see in this shop so I don't think I've ever bought anything from them before. 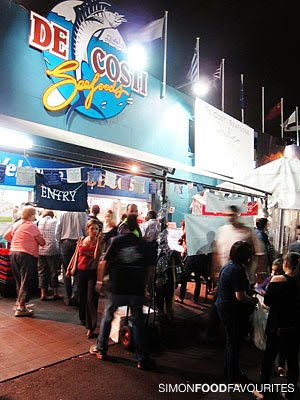 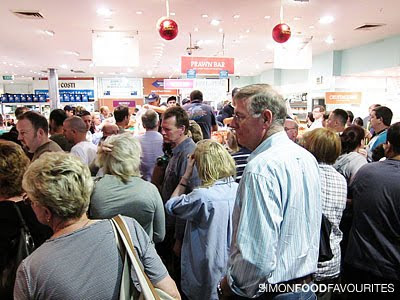 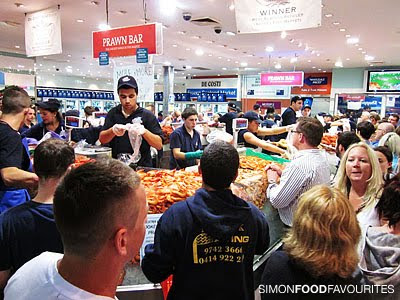 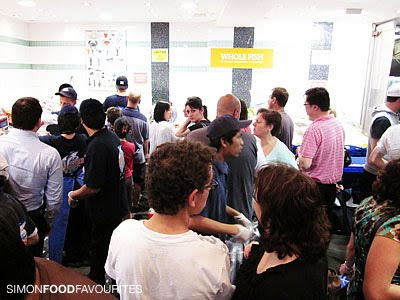 De Costi Seafoods — one of the biggest but also the most crowded. Their prawns looked pretty good. 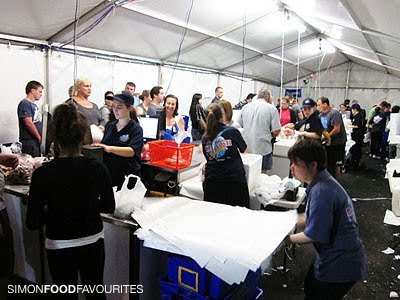 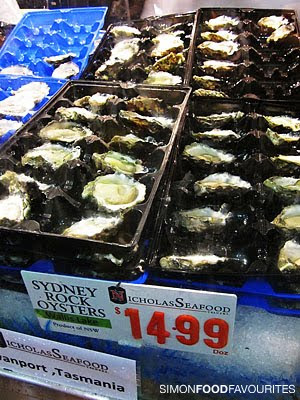 Wow, that IS busy. As I don't have a car I didn't even think about going this year, maybe next year. What do you think is the least busy time? 2 - 3 am on Xmas eve?

Midnight seafood shopping - us mad Aussies.
We always go to Musimeci - they usually have good prices

never ever would i go to the fish markets for christmas, heck no

I am not making the trip to fish market this year. Merry Christmas & Happy New Year to you and your family, Simon!

Oh. My. God! That is insane. I'm glad my sister and niece went last night so we didn't have to! I love seafood though, so I think their manic trip to the markets is going to be worth it!

hi lateraleating, 2-3 am is pretty good but it'll still be just as busy. when you get closer to sunrise and during the day then forget it.

hi tina, aussie are pretty mad about their seafood!

hi laura, definitely only the strong and perhaps stupid ;-)

hi ellie, merry xmas to you too and hope you had a wonderful time.

hi melbatoast, if you have someone go for you instead that's even better.